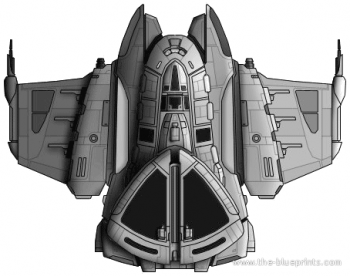 The Titan Bomber is the largest bomber flown by Aerospace and if unique in that it is only Atmospheric capable.

The Titan is so large and lacks maneuverability that while being designed it was decided that it could only be used on planetary targets so was made to deploy from orbit, make atmospheric entry and then remain on the planet until the completion of the operation.