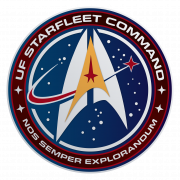 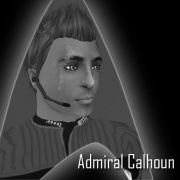 It has been several years since we first set foot on Pinsatri and made it our home. Over the course of those years our colony has grown to include the southern continent a few new space stations and many new species and faces from around the Delta Quadrant. This has taken its toll on the command structure of our fleet. Due to the immense demands that have risen and problems that keep occurring I am announcing a restructure to the Command Structure. Several new posts will be created and have been filled. Following is the outline of the new Delta Quadrant Starfleet Command Structure.

A. UFS Joint Chiefs of Staff

United Federation Starfleet has become too large to be overseen by just one person. UFS's day-to-day operations are conducted by a group of 5 officers also known as the UFS Joint Chiefs of Staff. Each of these officers have their own sphere of authority in UFS. That means that each of these officers are responsible ONLY for the duties/projects assigned to their office and each will report directly to the Commander in Chief. This was again done to take as many as the hands out of the stew and shorten communications delays

Any and all United Federation Starfleet Command Operations are decided by means of a Joint Chiefs of Staff Meeting. Each officer can bring their concerns to said meeting for discussion. The Joint Chiefs of staff will discuss each concern. After a decision has been reached, the Commander-in-Chief will then enforce said decision. Preferably these meetings are done over voice


In Service to the Fleet,