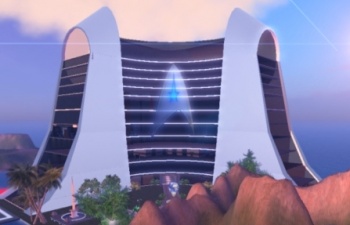 A Colony is a Group of People who leave their native country to form in a new land a settlement subject to, or connected with, the parent nation. Or, any people or territory separated from but subject to a ruling power.

The Federation establishes Colonies which are mostly populated by both Starfleet and Civilian members in order to extend its sphere of influence, help in long term relief to devastated worlds, provide strategic significance or to provide a base from which to conduct detailed exploration.

Retrieved from "https://wiki.ufstarfleet.org/index.php?title=Federation_Colony&oldid=71063"
Categories:
This page was last edited on 5 July 2012, at 19:01.