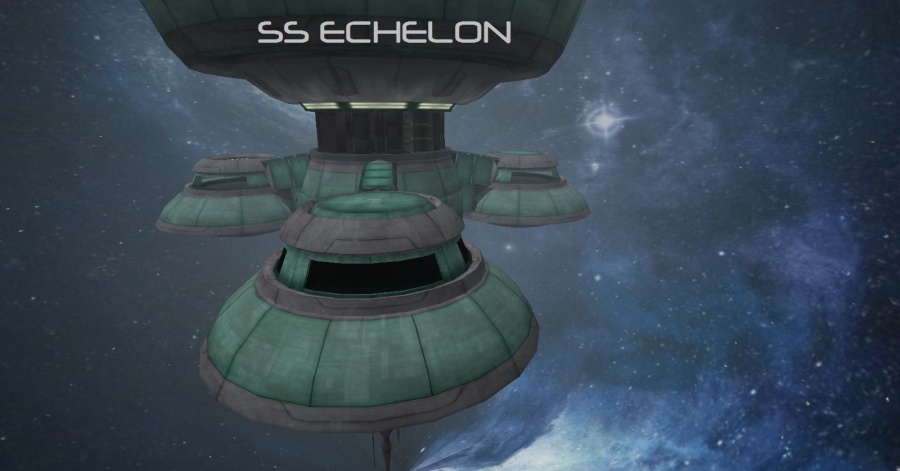 ECHELON is a name used in global media and in popular culture to describe a signals intelligence (SIGINT) collection and analysis network operated on behalf of the five signatory states to the UK–USA Security Agreement on 21st Century Earth. It has also been described as the only software system which controls the download and dissemination of the intercept of commercial satellite trunk communications.

The SS Echelon is a Regula Class Station launched january 16th, 2387 under the command of Fleet Captain Galia Iadyl. The crew has nearly entirely been recruited from the UFS Intelligence corps. After close to 2 years of covert operations as a team and with the restructuring of Starfleet, all offices, material, classified technology and the like, have been transferred to the Station. The location will be difficult to plot for even a good navigator. The name of ECHELON has been taken off a 20th century installation on planet earth, which did serve back in time the so called “cold war” between two big countries.

SS Echelon was constructed 120116, 2387. Construction was commenced in secret under UFS Intelligence Branch at a secret location which is difficult to navigate in. The idea was to provide a secure base of operations for the Intelligence branch to engage in covert operations and other intelligence gathering missions. 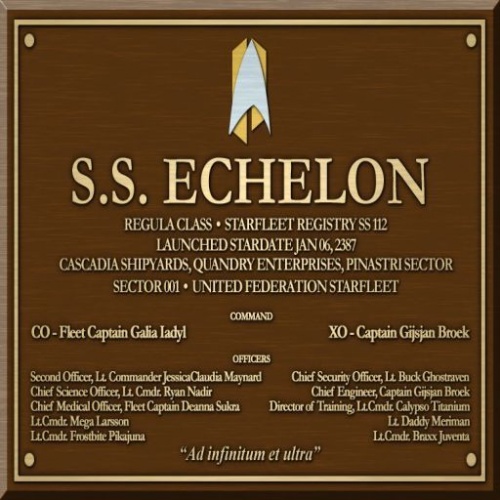 Missions of the SS ECHELON 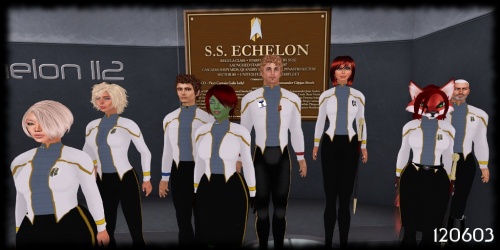