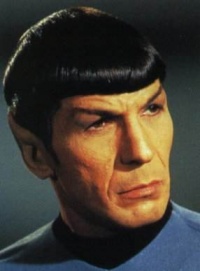 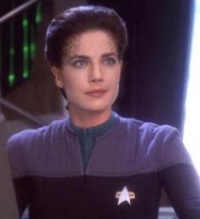 Scientific knowledge is essential to virtually all of Starfleet’s missions. Every ship in the fleet can count a number of specialists among its crew, and some are dedicated science vessels with a very specific complement.

Space travel in general, and in particular the exploration of space, relies on the personnel involved having knowledge of a number of different areas of science and technology. This ranges from advanced mathematical algorithms used in the deployment of warp drives, to the configuration and maintenance of a vessel’s highly computerized systems. All Starfleet personnel, regardless of eventual rank or duty, undergo training in many aspects of science before they are allowed to operate as part of the crew on a starship or space station.

This general basis of knowledge can then be built upon by officers with a specific interest in a particular science, enabling them to train as a mission specialist from early in their career. The role-oriented structure that characterises Starfleet provides plenty of opportunities for such dedicated officers to follow the promotion chain all the way up, eventually becoming a departmental head aboard a vessel or facility, or even to take the captain’s chair.

The senior science officer has been an integral part of Starfleet crews for more than a century, providing an invaluable service to senior officers and answering directly to the commander or captain of a starship or station. The science officer is the individual responsible for overseeing scientific investigations, and for providing the captain with scientific information that may be required to make a correct and relevant command decision. The relative importance of this role differs according to the nature of the vessel or station on which the science officer is assigned; a Starfleet vessel primarily designated as a research vessel will by its nature, have a very high concentration of scientists aboard compared to vessels with a secondary scientific function. The role carried out by the senior science officer outside of the coordination of experiments and research programs will depend entirely on their rank.

One particularly good example of this was Spock, the science officer aboard the USS Enterprise NCC-1701 during the mid 23rd century. Quite apart from his role as scientific adviser to Captain James T Kirk, his experience and length of service also saw him promoted to first officer; he was second-in-command of the Constitution-class vessel.

This contrasts with the team of science officers on the Galaxy-class USS Enterprise NCC-1701-D a century later. The science station on the bridge was manned by a number of different personnel, none of whom had particular seniority compared to other bridge officers. There was occasion in 2370 for example when Ensign Taitt happened to be on duty when the vessel came under serious threat from an alien craft. Taitt’s knowledge of solar dynamics helped to remove the danger: she applied the theories from her senior honour thesis to the production of a solar fusion disruptor that destroyed the enemy ship.

The huge amount of experience a science officer can gain while on active duty is further reflected in promotion prospects after such a position. Many classes of starship have permanent science stations on the bridge that are tied into the main sensors and the ship’s LCARS. This prime position allows the science officer to not only coordinate the efforts of the various scientific teams and departments aboard the vessel, in particular those of the chief engineer, but also to witness and participate in a wide range of events that take place within the central command area.

It is little surprise therefore that Spock was eventually promoted to captain after several years in this position, as was USS Voyager’s Captain Kathryn Janeway, who served as science officer aboard the USS Al-Batani NCC-42995.

Science officers often graduate from Starfleet Academy with their own speciality. Science officer Jadzia Dax of Deep Space Nine had distinctions in exobiology, zoology, astrophysics, and exoarchaeology – but senior science officers must also have a working knowledge of many other disciplines in order for them to carry out their duties effectively.

Liaison with scientists from within and outside the UFP is also a major part of the role, and includes furnishing specialists with the facilities and equipment they may require while working on the vessel or facility in which their research or experiments are being conducted. This puts a huge burden on the science officer, as they have to be aware of new developments. Much of their time will be spent maintaining their own knowledge and constantly building upon it, so that the information they give their commanding officers is as accurate as possible.

Science officers play a vital role in landing parties and away teams, advising on possible environmental and manufactured hazards. The teams are chosen at the captain’s discretion, and a science officer will usually accompany senior officers, engineers, and security personnel on exploratory or information-gathering expeditions. Depending on rank, the science officer may also act in a diplomatic role alongside the commanding officer. They often take part in ship or station held conferences or transport down to non-Federation planets.

Science officers are often called upon to improvise answers to unknown situations and technology, calling on their expertise and knowledge. Under high-pressure situations some science officers, such as Jadzia Dax, even had to work with alien technologies and facilities as their primary equipment.

The science officer is often at the heart of potentially dangerous situations, and their fast thinking has helped save numerous Starfleet vessels and facilities.