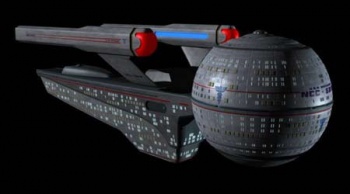 Named after the heroic Royal Army Medical Corps Doctor, Captain Noel Chavasse, a two-time recipient of the British Victoria Cross, the highest military honor obtainable at the time in the British Military, the USS Chavasse is designed to serve in his example in mind: Search, rescue, and heal.

Launched in 2382, the USS Chavasse completed space trials and began responding to a number of Humanitarian Aid requests in hostile territory. She is occasionally seen as 'on call' to the Marine Corps in case of emergency.

She currently is preparing to render Humanitarian Aid in the heart of the Romulan Star Empire, to those regions held by both Romulans and Remans.

The Chavasse was equipped with both Ablative Armor and the Multi-Layered Shielding System (M.L.S.S.) to increase survivability in the field.