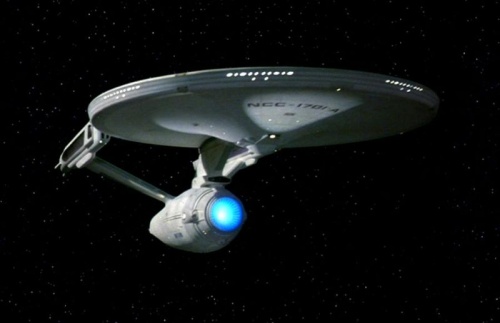 Built in the 2250s, the USS Exeter was one of a few number of Constitution Class Starships that were serving.

In 2267, under the command of Captain Ronald Tracey, they were assigned to a mission patrolling the region surrounding the Omega System in the Alpha Quadrant. Whilst arranging preparations for a planetary survey of Omega IV, the away team and commanding officer contracted an unknown disease. Six months later, the USS Enterprise was dispatched to locate the Exeter, to find the ship missing, and discovered the contamination, which was cured later by Chief Medical Officer Lieutenant Commander McCoy.

After arresting Captain Tracey to bring him to trial for various breaches of Starfleet General Orders, the Exeter was left in the planetary Orbit.

UFS Starships of this Class