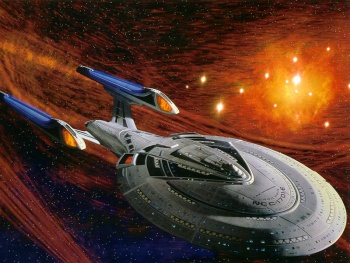 USS Luranza was launched from UFS's Cascadia Shipyards in early 2383 under the command of Captain M'Rosa Meril, and immediatey deployed on exploratory missions alongside the USS Redeemer-A

In 2383, the Luranza was disabled by Mendari cruisers and its computer core and warp core were removed. After refit it was returned to service later that year.

In early 2385 whilst in command of the 4th Fleet the Luranza was severely damaged during the Red Sun Rising campaign, and her Captain badly injured.