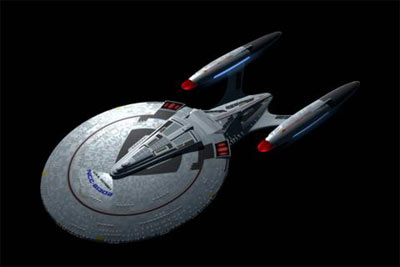 the USS Odysseus was one of a handful of new Allegiance Class Starships built between mid-late 2386 and early 2387, with the purpose to be multi-role, and combine the best qualities of both the Sovereign, and Galaxy classes which she so clearly resembles.

The Odysseus herself saw action in the Battle of Excalibur, becoming heavily engaged during combat. With the Warp Core breach imminent, with ejection systems fused, the Captain, , ordered all crew to evacuate to the Saucer section and ejection pods, separating drive section from saucer. He then personally piloted the Odysseus into the midst of the El' Dorain Combine fleet, detonating the core, eliminating a good number of enemy starships and saving a good number of lives.